Menu
Browse: Home   /   Back to the drawing board 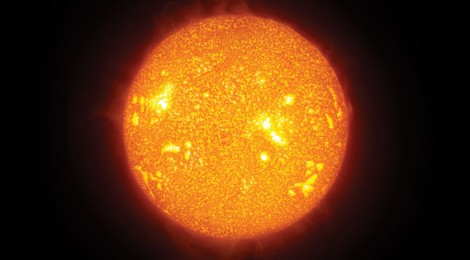 Back to the drawing board

After a period of being bombarded with digital effects all around us, we have gotten used to them.  But with every status quo comes a counter movement. Artists look for new ways to make us wonder again; is this real?

Physalia Studio is a group of individuals who create graphics en VFX for commercials and leaders for companies like MTV and Toyota. They also experiment in their lab with all kinds of effects, stepping away from their computers. ‘Lightbox’ is a nice example of what comes out of those experiments: an automized box that captures natural growth. This growth process is manipulated through light, connected motors and even smoke effects are added. But all these effects are analog. Playing around with both digital and analog probably gave them the idea for the short film ‘Inductance‘. It shows people google for a huge powerful magnet and tinker with arduinos and colored balls, so when you see a studio setting with people watching the balls float in the air, you are easily tricked into thinking this is ‘real’.

Similar examples of artists that make you question what you are seeing can be found in other media. Jenny van Sommers is famous for her still life photography. Bored with the perfection of shooting in digital, she made the images as handmade as possible and did as much in camera as she could. Her series with planets was featured in the June issue of Creative Review. Look closely and you sometimes see the texture of used materials. But this only adds to the charm, says Sommers, a big fan of the early Star Wars films.

Coming across these artists I am reminded of Lev Manovich who explains that paradoxically with digital photography comes a renewed interest in the traditional, in the apparatus, the ‘photographic look’. Nostalgia for modernity.

But it’s more then that. We have grown accustomed to digital effects in film and photography. We don’t see them, or better yet see through them. CGI has been interwoven with media creating a new kind of reality. The consequence is that digital effects don’t create tension anymore for the viewer because our experience fills it in. When certain things become standardized, artists are always the ones to prove it’s time for something different. To create a new tension, to make us wonder about what we are looking at.