I Am Golden Karen – VOD Release

I am Golden Karen, the debut feature documentary of Belgian film makers Maui Druez & Preben Verledens is now available on VOD. The film premiered at the MOOOV Film Festival in 2018 and was later screened at several festivals, including the London Migration Film Festival and Ethnocineca in Vienna.

I am Golden Karen tells the story of Thaawa as he negotiates his identity from being a young migrant arriving in Bangkok to eventually becoming a father. He questions his responsibilities towards the family and his desire to both settle in Thailand and return to Karen State.

Although he and most of his friends have lived most of their lives in Thailand, they remain closely attached to Karen culture; wearing the traditional dress on special occasions and communicating in Pwo Karen. But they also produce hip hop music in Karen, uploading songs on youtube on a regular basis. They use digital media as a way to produce, preserve and transfer their cultural heritage, providing a space for identification for young Karen migrants all over the world.

For Thaawa, the protagonist of ‘I am Golden Karen’, life as a migrant worker in Bangkok is temporal; a transitory waiting period or suspension of ‘real’ life. Even though most of his days are fast-paced, working in a factory from morning till evening, Thaawa’s experience of time is quite the opposite as he and his family are continuously waiting for an opportunity to return to rural Karen State.

This coming together of two seemingly paradoxical lifeworlds, across rural and urban spaces, makes for an interesting time-space dialectical tension.

Purchase I am Golden Karen

Modern Times Review aptly described Dream Box (Jeroen Van der Stock, 2017) as the kind of visual, implicit documentary that defies storytelling dogmas. The film had its world premiere at the 2017 International Rotterdam Film Festival and consequently went on to make the rounds at numerous film festivals around the world.

To celebrate Dream Box’s VOD launch we have compiled a Deluxe Edition, which doesn’t only include the 42min festival version of Dream Box, but also features 2 additional short works by Belgian filmmaker Jeroen Van der Stock. 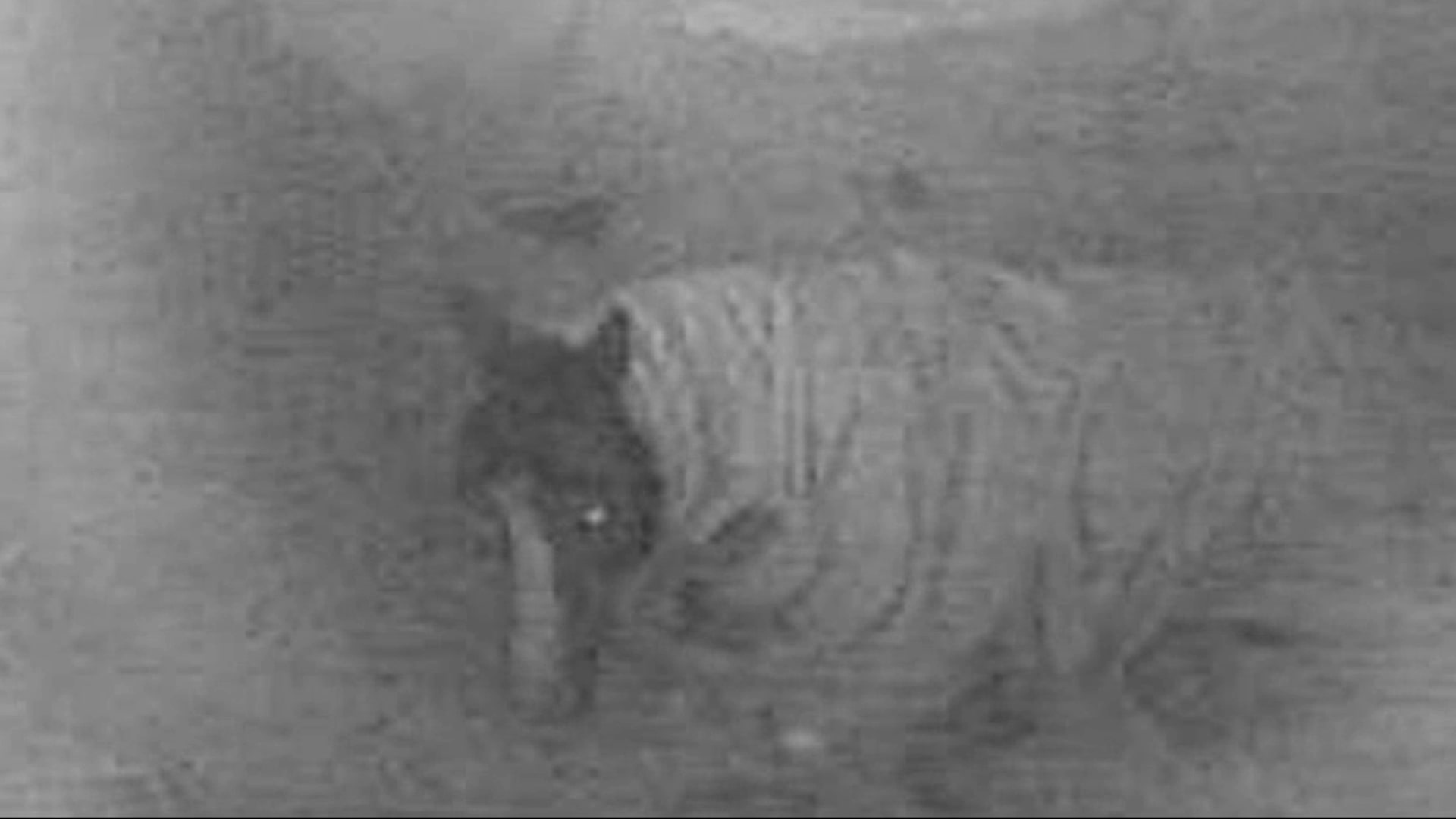 A horse in different shapes, obscurity, digital artefacts and an electroacoustic soundscape are the main travelers on an abstract journey through the night.

Night Horse uses a kind of imagery that one perhaps not automatically links to the visual language of a security camera. Rather than registering a clearly identifiable surveillance image of a specific location at a specific time, the cameras used in Night Horse —through their malfunctioning lens or incorrect video setting— add their own augmented reality to the one perceptible through human eyes. This ironically is quite contradictory to their original purpose of surveillance, and thus adds an interesting layer to their images.

Depending on how and when you enter the world of Night Horse it can be colourful, obscure, psychedelic, dystopian, meditative, unsettling,… The blending of this mix of atmospheres into one entirety that stays consistent and somehow ‘makes sense’ posed an exciting challenge during the
creation process. Naturally the overall feel of the film is equally characterized by the audio blanket —composed by French veteran Eliane Radigue— that seals the visuals softly, though hermetically. 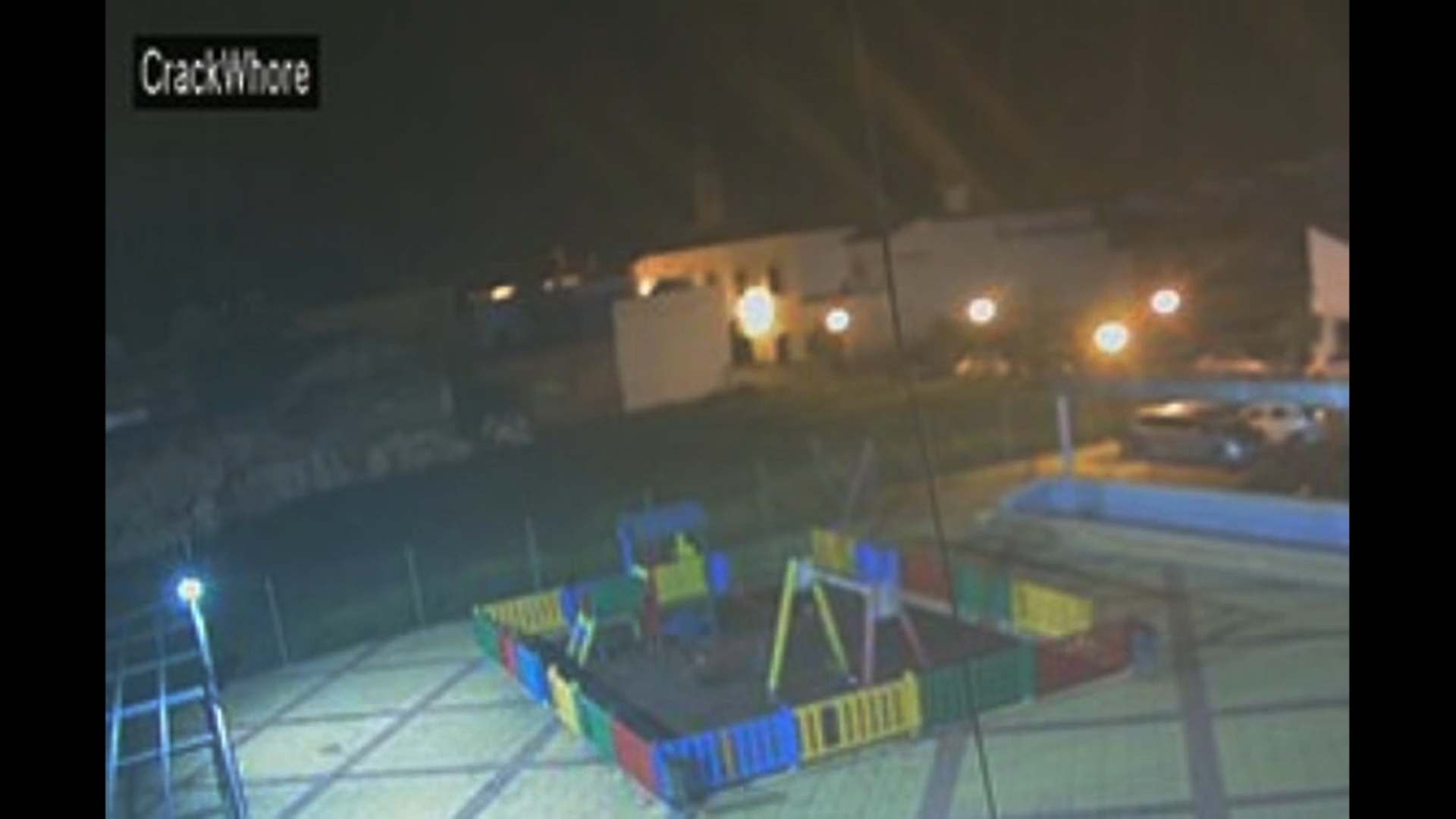 Hello, we are watching you is a 1 minute montage of images originating from hacked IP surveillance camera streams. It shows a collection of ‘tags’ left behind by various hackers and is simultaneously yet another reminder to be cautious with one’s personal online presence.

As soon as unprotected IP camera accounts get listed on specialized databases on the internet they become an easy target for third parties to be used as platforms to spread their ‘tags’ or short messages. These tags can be friendly greetings, but are mostly hostile, very offensive insults.